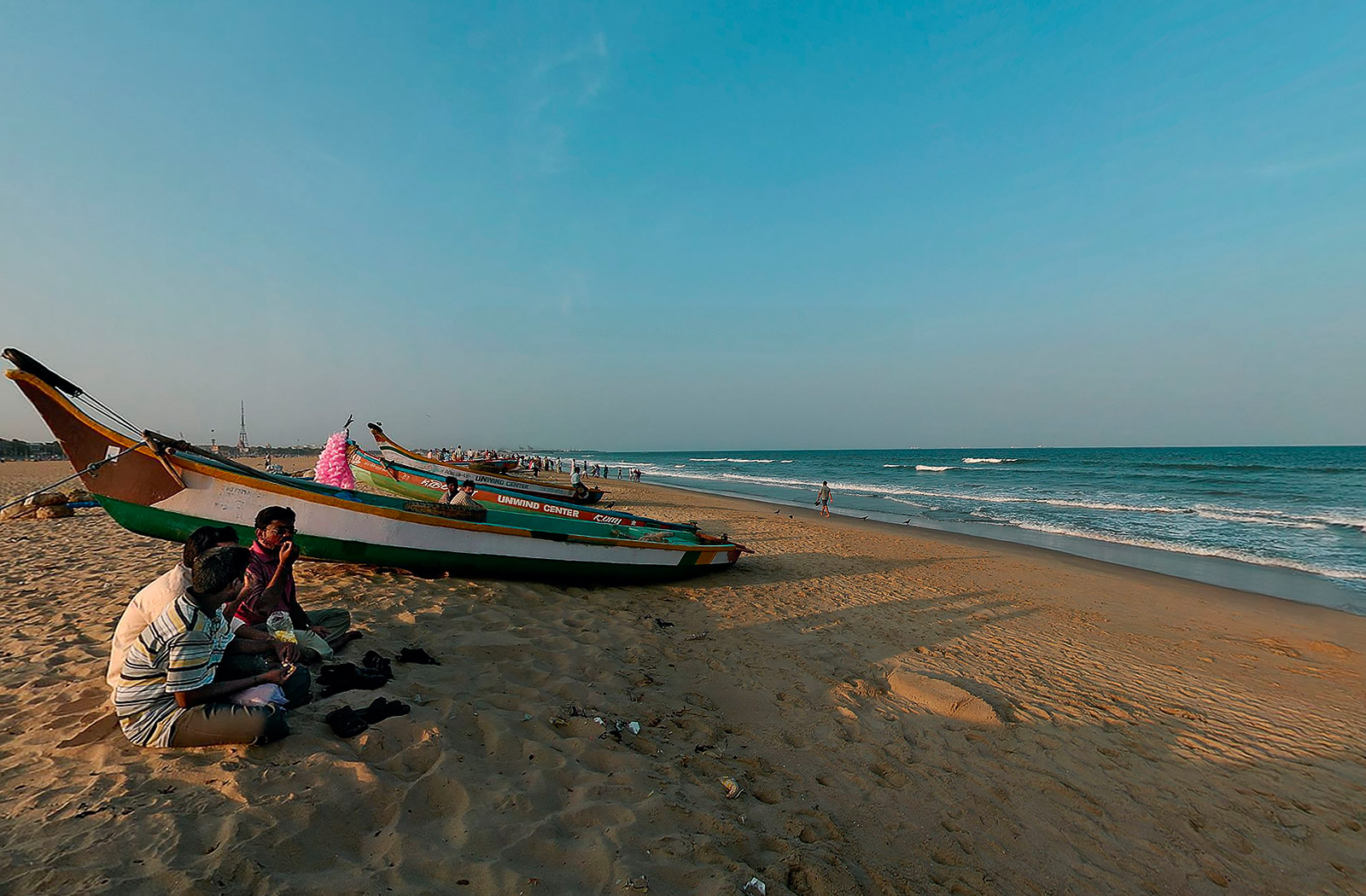 Chennai (formerly Madras) is an industrial city on the south-eastern Indian coast, and is the capital of Tamil Nadu state. Despite its commercial significance, it’s also well known for its cultural heritage and temple architecture. The coastline was badly hit by the 2004 Tsunami, with more than 200 dead, and many more displaced and losing their livelihoods. Eye Revolution photographer, Will Pearson, travelled to Chennai and documented everyday life in panoramas and virtual tours.