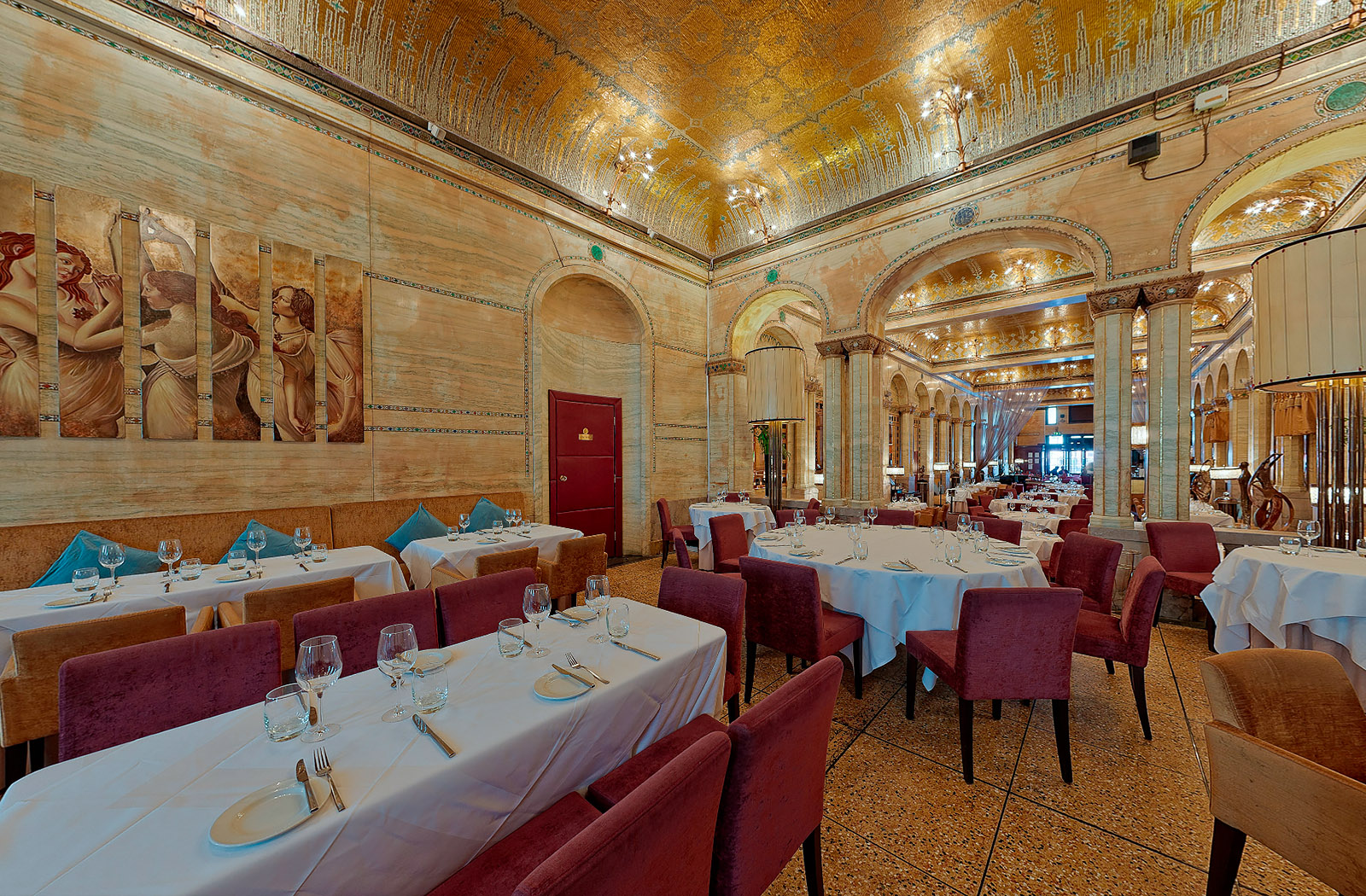 The Criterion Restaurant is part of London’s literary history, famously acting as the backdrop to the scene where Conan-Doyle had Watson first hearing mention of Sherlock Holmes. It has featured in Betjeman’s ‘The Varsity Students’ Rag'(“I wish you’d seen the rag we had in the Grill Room at the Cri.”) as well as many other works. More recently it was the scene of a dinner in the Batman film, The Dark Knight. Exploring 360 degrees around the glorious Neo-Byzantine restaurant it’s no surprise that the restaurant has formed the setting for so many scenes.