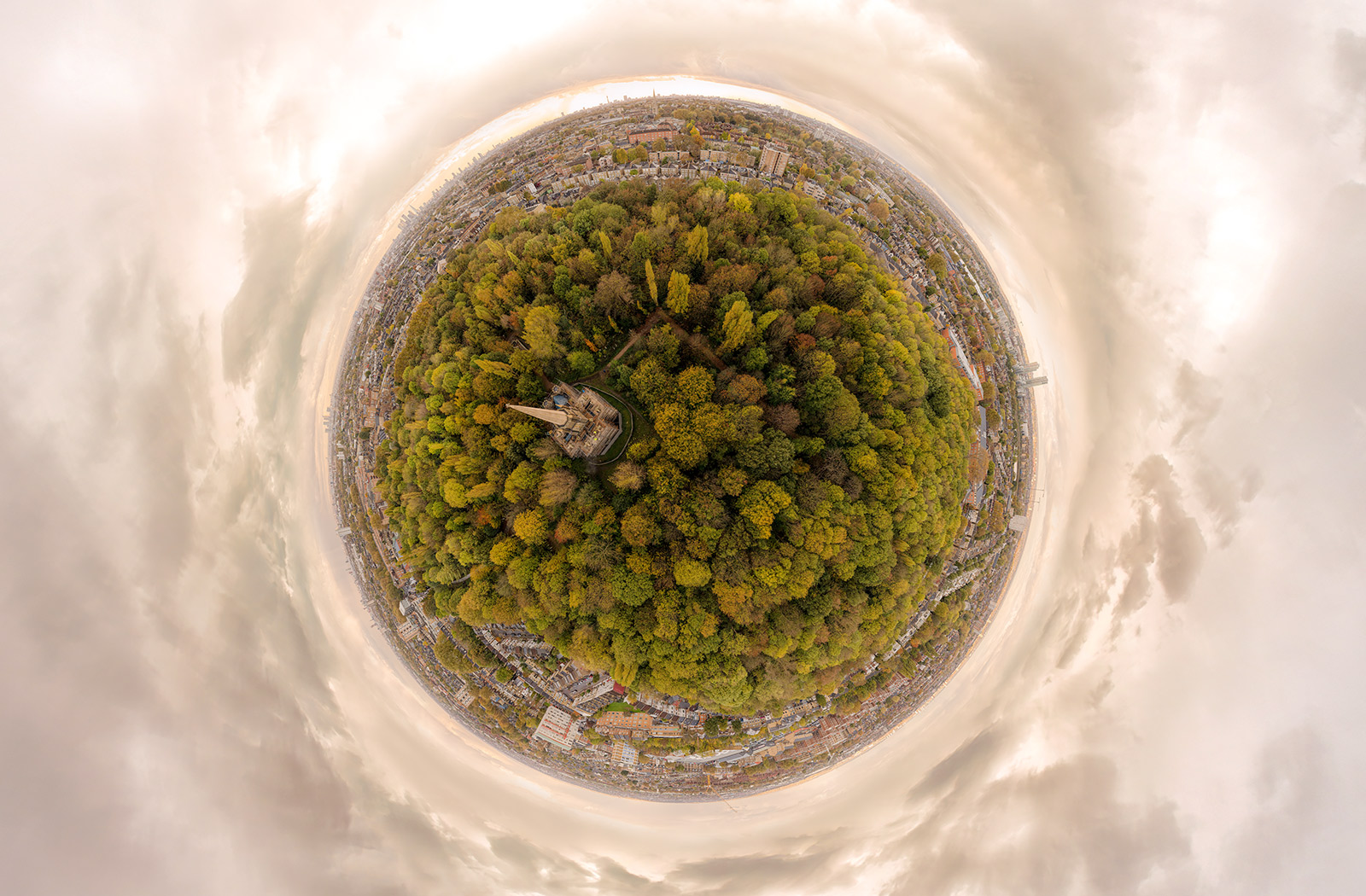 We’ve been out testing with our drones over Abney Park Cemetery in Stoke Newington. We are testing different set-ups to overcome the challenges of drone 360 photography. Images from a drone can be compromised by these challenges – for example, you only get a short fly time, the drones have a tendency to blow around in the wind and the weight of the camera can destabilise it. Because we are capturing multiple images to make into a single 360 image, all these factors can influence the capture. Our testing process enables us to really push the technology as far as possible.

Click here (opens in a new tab) to view the Abney Cemetery drone 360. Use the buttons at the bottom of the screen or your mouse to scroll around a full 360 degrees and zoom in & out to see the detail.

It’s fantastic being able to see right across London from such a high vantage point. You can see the streets surrounding Abney Park, and look right over north London to the city skyline. Look out for the London Eye, the Gherkin, Tower 42, the Shard and to the east, Canary Wharf. If you’re a football fan or a north Londoner, you will also be able to spot the Emirates stadium, home to Arsenal Football Club.

Please get in touch if you would like to talk about the possibility of a drone 360 for your organisation. We can talk you through the drone regulations, where you are allowed to fly a drone, where it’s illegal, and any specific issues for your brief. Drone 360 photography is a fantastic marketing resource when used in the right circumstances and when the images look great. You can read more about our aerial 360 services here.