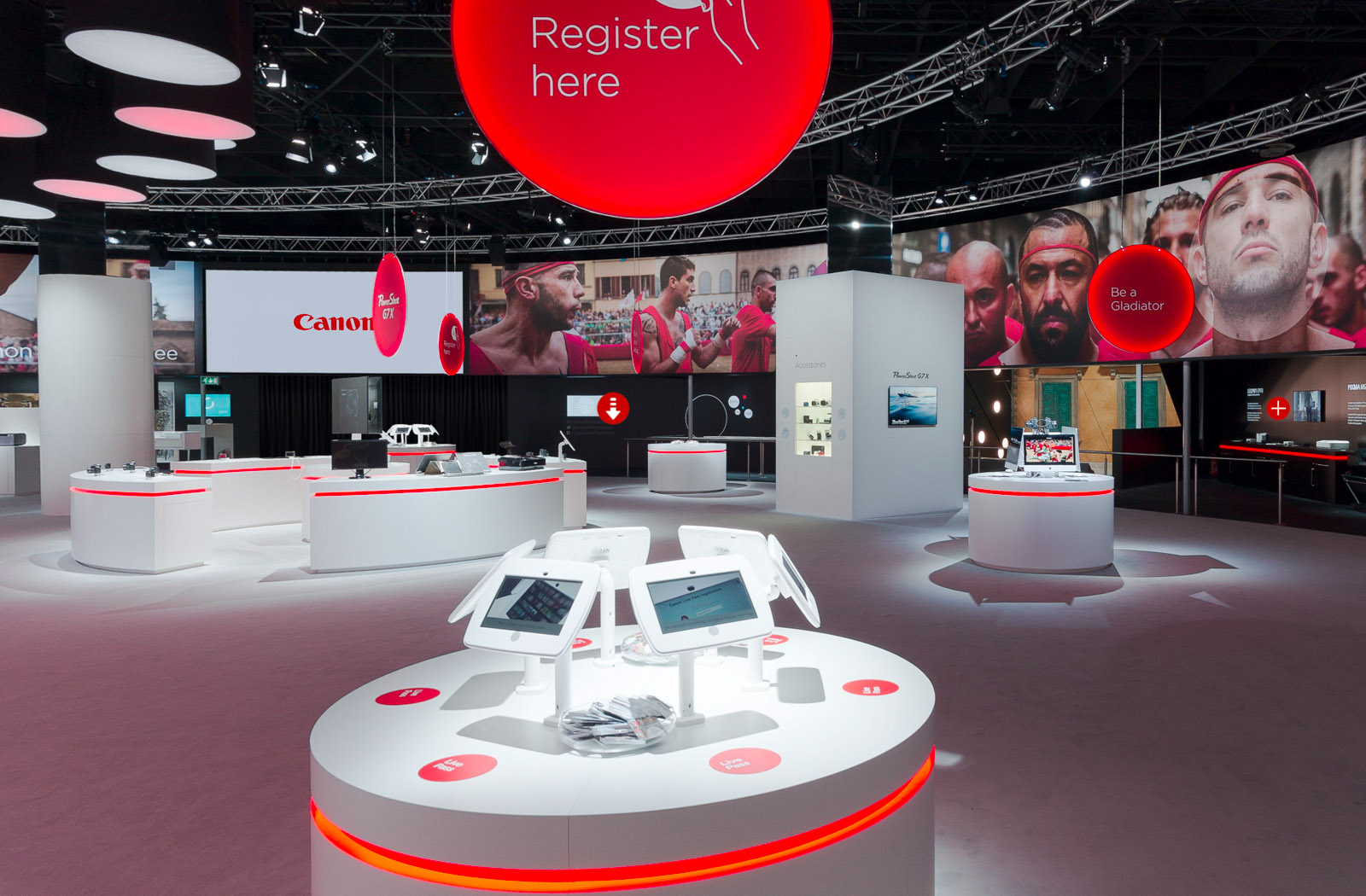 Global creative communications agency Imagination partnered with Eye Revolution to create the Canon Live Visit, a virtual tour of the Canon stand at photokina. photokina is the world’s leading photography and imaging fair, taking place in Cologne. With more than 180,000 visitors from over 150 countries, photokina is an opportunity to engage with a huge audience of photography consumers – both professional and amateur. We were briefed to shoot Canon’s stand upon completion and create 5 360 images with a variety of content within for viewers to experience the Canon stand. The interface should ensure customers around the globe were in effect welcomed onto the stand to see the new products for themselves. Canon wanted the 360 Live Visit to be live online close to photokina’s opening day.

The brief required that the Live Visit went live as close to the actual opening of photokina as possible. We knew we would have to work around the stand being completed, whatever time of the day or night that was, we would be on standby to shoot. The hope was that the stand would be complete and empty ready for us to shoot the evening before opening. Not only would the 360s have to be ready for the launch the next day, but the interface (in 6 languages) with hotspots opening movies, product pages, etc would have to be seamlessly integrated for launch too. As one of the world’s biggest and best camera manufacturers, we felt it an enormous compliment (and not a little daunting) to be asked to create images for Canon. It goes without saying that the images had to be absolutely flawless, however short the turnaround time allowed.

We had done as much of the programming framework as possible in advance. We started shooting after midnight and were shooting into the early hours of the morning. The shoot was demanding as there were many staff members still working on last minute touches to the event space that couldn’t appear in the final 360s. We had our programmers and retouchers on standby in London waiting to work on the files and get everything in place. The 360s and content were all being approved in the morning and the entire project went live on the opening day as planned.

This was a live event and the Live Visit contains many links to external YouTube content, over time some of these links may no longer work.