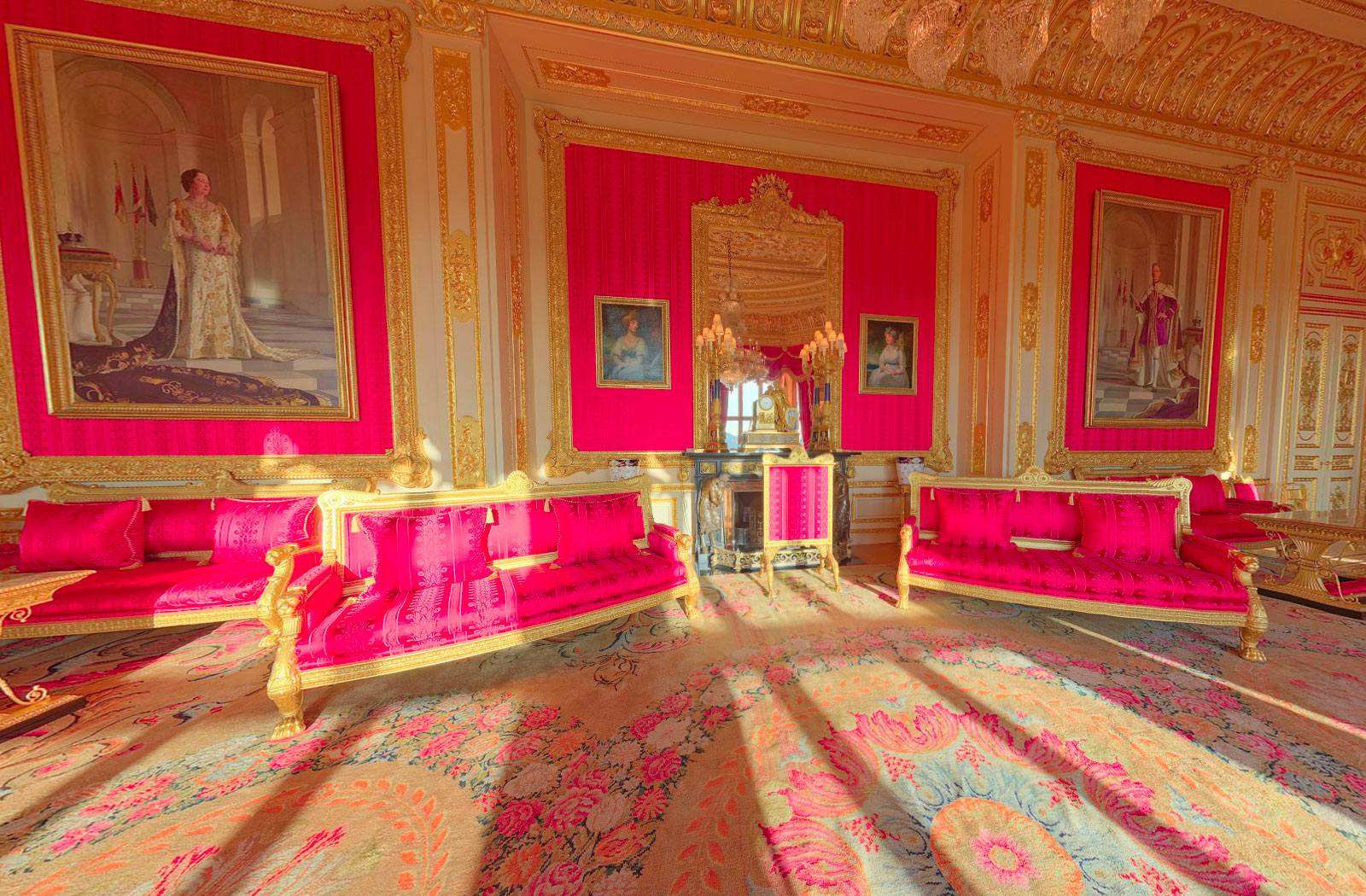 On Thursday 12 February Eye Revolution founder and head photographer Will Pearson was at Buckingham Palace for the launch of the new Royal Website – www.royal.gov. Will’s virtual tours of Buckingham Palace and Windsor Castle were unveiled as the ‘surprise’ element of the website by Her Majesty Queen Elizabeth II in front of an audience of 200 people, including Tim Berners-Lee, the inventor of the world wide web and David Starkey, the historian and renowned chronicler of English kings and queens.

The virtual tours were created in spectacularly high resolution, and each one was hand-crafted for several days to bring it to a standard which did justice to the historic and sumptuous surroundings. The tours were very well received with much of the British and world press choosing to highlight the virtual tours. Emily Bell, writing in The Guardian on 12 February says ‘there is a wonderful high-definition panoramic gallery of bits of the royal residences…’

You can also click here to watch the BBC News report of the launch at the Palace or watch the report about the launch on the YouTube Royal Channel (where you may be able to spot a certain Eye Revolution photographer if you look closely!).